The national expenditure on culture, entertainment and sports in 2019 amounted to NIS 66.8 billion, which is 4.7% of the total gross domestic product last year. This is according to data from the Central Bureau of Statistics published today (Wednesday).

The same expense includes the value of the services and products provided by the business sector, the government sector and non-profit institutions, as well as the investment of these sectors in buildings and equipment. The services included in the expenditure are orchestral and theater services, sports and games, radio and television services, cinemas, community centers, Mifal Hapayis, “Sportoto”, Internet use and more. The services do not include expenses for food and accommodation services in Israel or for travel abroad, including entertainment services And sports abroad. The products included are radios and televisions, stereos, video cameras, CDs, musicians, computers, books, games and more.

Last year, households in Israel financed 81.9% of the national expenditure on culture, entertainment and sports, out of NIS 64.9 billion, excluding wear and tear. This is compared to 82.8% in 2018 and compared to 83.7% in 2017. The rest of the expenditure was financed by the local authorities, which constitute 12.0%, the government spent 5.7% and the non-profit institutions – 0.4%.

79.6% of the total expenditure of households on culture, entertainment and sports in 2019 was expenditure on cultural services, such as: plays, films, concerts, sports shows, internet, gambling and more. The rest of the expenses were for the purchase of products such as radios and televisions, stereos, camcorders, CDs, musicians, computers, books, games and more. 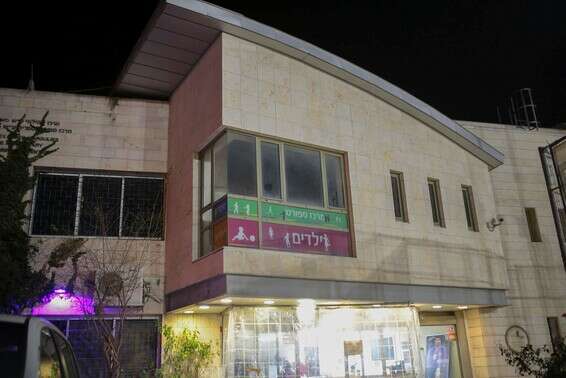 The rest of the cultural, entertainment and sports services were provided by non-profit institutions (community centers, museums, theaters, sports associations, etc.), which accounted for 23.3%. Local authorities were 12.3%. These are public libraries, cultural and sports activities, gardens and plantations and swimming pools. The government’s share is 2.6%, and its share mainly includes the fields of culture and the arts, social-community activities, the youth department and the Sports Authority, and the preservation of the environment, which is funded by the Ministry of Education and the Jewish Agency.

*The article has been translated based on the content of Source link by https://www.israelhayom.co.il/article/805305
. If there is any problem regarding the content, copyright, please leave a report below the article. We will try to process as quickly as possible to protect the rights of the author. Thank you very much!

Hamsters and rabbits may also be susceptible to corona

Injury Fabinho big damper for Liverpool in victory over Midtjylland

Gordon’s latest victim of the Rolex gang: these stars preceded him...

Spin-off Penoza on television from the end of December | ...

Dozens of fetuses buried in Rome after abortion without maternal consent...

EU comes with sanctions against Belarus after agreement on Turkey

Lyon director: ‘Depay may sign with Barcelona on Monday’ | ...