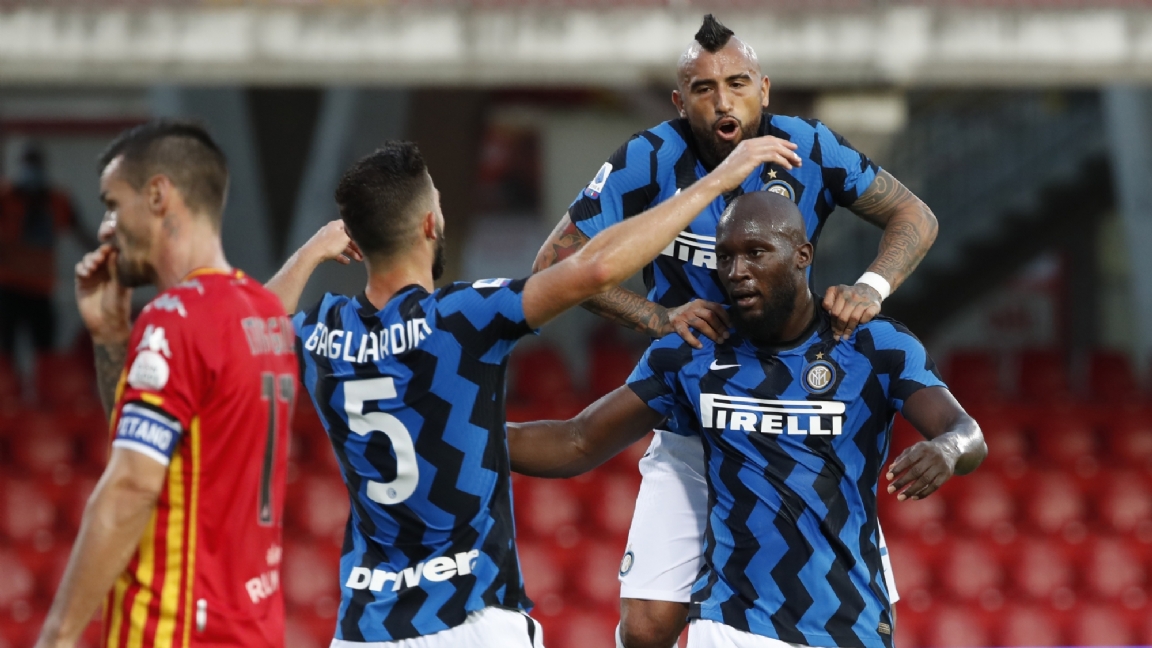 Internazionale also booked another goal-rich victory in Serie A on Wednesday evening. Four days after the 4-3 victory over Fiorentina, Antonio Conte’s team was 2-5 too strong for Benevento. Last season’s number two awaits a difficult game with Lazio on Sunday. At the same time, Spezia booked the very first victory ever at the very highest level, although Jeroen Zoet’s injury was a damper on the victory in the second half.

Benevento – International 2-5
Conte’s team scored no fewer than four times in the first half and even needed less than thirty seconds to take the lead. After a tight pass from Aleksandar Kolarov, Achraf Hakim entered a one-two with Alexis Sánchez and served Lukaku to measure: 0-1. Roberto Gagliardini fired in the 0-2 on a pass from Ashley Young and three minutes later was at the basis of Lukaku’s 0-3. A wrong pass from Samir Handanovic was the only blemish on Inter’s first half: the goalkeeper’s mistake was immediately punished by Gianluca Caprari. Just before half-time Hakimi made his first Serie A goal: 1-4.

Inter, where Stefan de Vrij made his return after a suspension, got away well a few minutes after the break when a bet by Gabriele Moncini ended on the aluminum. Conte’s team got more grip on the game and were close to 1-5 when Gagliardini also aimed for the crossbar. Lautaro Martinez, who came in for Lukaku, eventually made the fifth goal i Nerazzurri. The free-standing Argentinian shot the leather from the edge of the penalty area in the right corner. With his second of the evening, Caprari determined the final score in the Stadio Ciro Vigorito: 2-5.

Udinese – Spezia 0-2
After more than a minute, the ball was already behind Zoet. A shot by Matteo Ricci went in via the post, but the VAR found it offside in a previous game situation. It was Andrey Galabinov, the maker of Spezia’s first goal in Serie A since Sunday, who scored the only goal in the first half after half an hour. After a cross from the left by Emmanuel Gyasi, Galabinov headed the ball in from the ground: 0-1. Spezia, with Julian Chabot in defense, defended the lead with gusto until half-time.

For Zoet, the game was over after more than an hour of play. The Dutchman had to leave the field on a stretcher due to an apparent groin injury. Rafael took Zoet’s place under the bar. Two minutes later, Spezia was also faced with ten men when captain Claudio Terzi got his second yellow card of the game. Even with one man more, Udinese failed to enforce at least one draw, partly because Rafael reacted well in the final minutes to a powerful effort by Thomas Ouwejan, who had come in for Marvin Zeegelaar after more than an hour. Deep in extra time, Galabinov was not offside after a kick by Rafael and he shot the ball under Juan Musso.

*The article has been translated based on the content of Source link by https://www.voetbalzone.nl/doc.asp?uid=377880
. If there is any problem regarding the content, copyright, please leave a report below the article. We will try to process as quickly as possible to protect the rights of the author. Thank you very much!

Howell is operated on, de Zhao will make his Cup debut

Erwin Vervecken, on behalf of Golazo, is looking forward to a possible Van Aert effect in Kortrijk

‘Ajax was much, much better than us, the difference was too big’

The players shouted ‘Eden, Eden’, so I kicked

Klopp snorts: ‘Ajax does not play at half past one, someone is putting a spoke in the wheel’

Klopp snorts: ‘Ajax does not play at half past one, someone is putting a spoke in the wheel’

Construction of the World Championship cyclocross course started, “but it is...

FrancescoTotti recovered from coronavirus: “It was fifteen …