Just before the first confrontation between President Donald Trump and his Democratic rival Joe Biden (who leads in national polls and in some key countries), the candidates take off their gloves. Trump, who has long argued that Biden is not cognitively fit to serve as president, tweeted on Sunday: “I will strongly demand that ‘Sleepy Joe’ be tested for drugs, before or after the confrontation on Tuesday, and I will of course agree as well. His appearances in confrontations (in the past) “They broke records with an imbalance, to put it mildly. This inconsistency is only due to drugs, isn’t it ???” It is unclear if Trump meant drugs or drugs.

The confrontation will take place Tuesday night in Cleveland, Ohio. Issues include the corona plague and the economy, as well as the Supreme Court issue, just days after Trump announced a new candidate for the judiciary, which is expected to drag a tough battle in Congress in the coming weeks and heat up the election campaign.

Biden, who almost refrains from appearing in public, knows he will be scrutinized seven times and so he is preparing for a confrontation well and according to the New York Times, will try to focus attention on Trump’s apparent helplessness in the corona crisis and civilian problems, To Hillary Clinton in 2016.

In addition, the Biden headquarters attacked Trump’s demand for a drug test before the clashes. “Former Vice President Biden intends to use words during the confrontation. If the president thinks he can better present himself to the American people through a urine sample, he is welcome to do so,” the headquarters said in a statement. In an English word game to connect the failure to eradicate the plague with the urine test that Trump demanded.

Trump, on the other hand, intends to attack Biden’s moral conduct, in addition to raising questions about his mental abilities. According to one of the president’s advisers, Trump told his entourage that he was optimistic that after the confrontation “the Americans would understand that Biden is no longer with us.” According to the Washington Post, Trump is planning a “severe attack” on Biden’s personality, including the mention of a sexual harassment complaint by his former aide Tara Reid and the Biden family’s business ties, and in particular he claims his son Hunter Biden took advantage of his position to promote his business and relationships. Factors in China and Ukraine.

Another issue that is expected to come up in the conflict is Trump’s tax issues. This is after the New York Times dropped a political bomb yesterday when it revealed parts of Trump’s tax reports from the past two decades, which show that the 45-year-old president’s financial situation is completely different from what he is trying to present.

According to the Times, Trump paid only $ 750 as income tax only to federal authorities for the 2016 tax year and again $ 750 for 2017, and did not pay income tax at all in the 10 of the previous 15 years “mainly because he reported much larger losses than his income.” And also due to his request to recognize many expenses.

On top of all that, he is in debt of about $ 300 million on loans he has taken out. It was further said that much of his expenses he sought to recognize for tax purposes, including $ 70,000 a year for his hair care, came after a relatively unsuccessful buying campaign following the funds he earned from the “specialized” reality show. 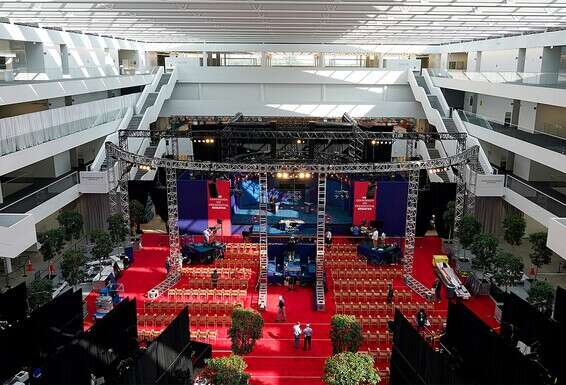 Shortly after the documents were unveiled, Trump blamed their credibility, saying it was an “absolute pike.” At a press conference at the White House, he said that “these are fabrications that were completely invented.”

At the same time, the Biden headquarters warned that the expected appointment of Connie Barrett as a judge would block the possibility that “Obamker,” the health care reform led by President Barack Obama during his tenure, would survive. “Everyone knows that as far as the Supreme Court is concerned, President Trump and the Republicans have been trying for years to overthrow ‘Obamker,’ and now they see an opportunity to do so. They must not be allowed to do so,” tweeted Biden, who reiterated that the Supreme Court should wait until the election. Democrats are likely to try to disrupt the Senate vote for Connie Barrett’s approval, but they do not have a real majority to prevent it from reaching the judiciary.

*The article has been translated based on the content of Source link by https://www.israelhayom.co.il/article/804743
. If there is any problem regarding the content, copyright, please leave a report below the article. We will try to process as quickly as possible to protect the rights of the author. Thank you very much!

Annabel Nanninga – I’m not leaving now but Thierry Baudet has...

Romelu Lukaku plays everything to pieces at Inter (VIDEO) | ...

Nyrstar is appealing the decision

Bruna does not give in to censorship: “ Sale only stops...

The CDC changes approach: “Vow cases have been documented that the...

9 x tweets about this special Sinterklaas entry in ‘Zwalk’