After the delay in the implementation of the legislation – protests against Netanyahu in Jerusalem and Tel Aviv: Hundreds of protesters arrived this evening (Wednesday) near the prime minister’s residence in Balfour and blocked the nearby road.

The organizers of the spontaneous demonstration, protesting against the restrictions on demonstrations, said: “This is a protest against a criminal defendant’s attempt to take democracy hostage to prevent the demonstrations against him in Balfour.”

The Kreim Minister movement stated that “Bibi, even if you limit the demonstrations to one meter and lower the shelter on the whole country, you will not silence us. We will demonstrate against you anytime and anywhere until you leave.”

In the center of Tel Aviv, in recent hours, an illegal protest rally took place without coordination and without police approval. Although this is an illegal procession, the police exercised restraint and allowed the procession to take place, securing its participants and accompanying it along the procession route. Police worked to minimize harm to the public and diverted traffic to alternative routes. 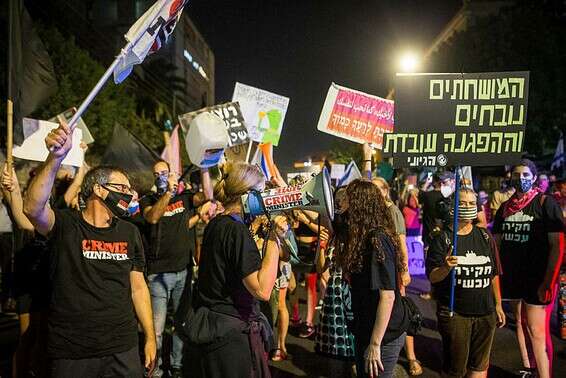 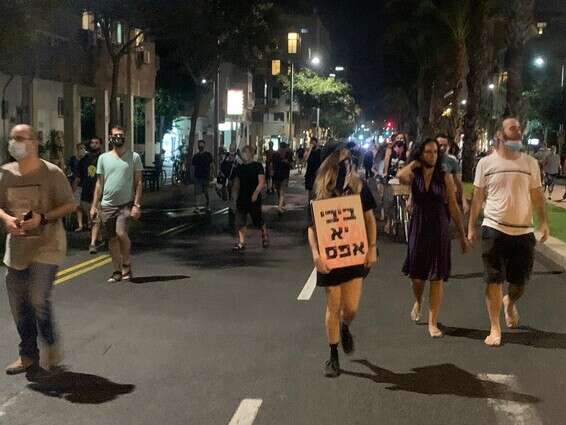 Earlier today, Israel Today reported that the meaning of the law passed in the Knesset yesterday, an amendment to the Corona Law, is that the law authorizes and gives the government the opportunity to install regulations that restrict various actions, including demonstrations. The intention is to limit demonstrations to up to 1,000 meters from the house in a gathering of up to 20 people.

However, the very enactment of the law does not prevent demonstrations. What can limit demonstrations are regulations that will be installed by virtue of it, something that has not happened so far. Apart from the possibility of installing such regulations, since according to the transitional provisions of the amendment to the Corona Powers Act, a special state of emergency has been declared, there is a limit of gathering in open space in capsules of up to 20 people.

*The article has been translated based on the content of Source link by https://www.israelhayom.co.il/article/805411
. If there is any problem regarding the content, copyright, please leave a report below the article. We will try to process as quickly as possible to protect the rights of the author. Thank you very much!

Grapperhaus: Also forbidden to carry fireworks in the street | NOW

Wiebes: ‘Not considering that bad benefits law was a gigantic social bomb’ | NOW

The focus of the meeting between Netanyahu and Ben Salman: establishing a united front with Iran and Baidan

AstraZeneca vaccine up to 90 percent effective depending on dose

Avigdor Lieberman: Spitting in the face of an entire country –...

Jess Thorup looks ahead to Belgium-Denmark: “We have …

The Israeli team against the Czech Republic, League of Nations, live...