In my role as Minister of the Government of Israel, I have been involved in the fight against anti-Semitism and BDS, and I have been closely acquainted with the anti-Israel bias that has prevailed at the UN for decades. The organization hates Israel, and to act against the “automatic majority” which is not a destiny.

The signing ceremony of the Avraham agreements // Photo: GPO

I believe that now that Arab states recognize peace with Israel as an asset and Iranian murder is exposed almost daily – it is possible to fight to achieve these goals.

As soon as I arrived in New York, I worked alongside our friends in the US administration to restore the sanctions lifted from Iran as part of the nuclear deal. The profits of the agreement since 2015 have funded, fueled and armed Iran’s terrorist arms in Syria, Yemen, Libya, Gaza and of course Lebanon. Was expected by the UN, as an organization that engraved on its banner the pursuit of peace and security, to join the struggle against the world’s largest terrorist regime, which also continues to openly express its desire to destroy the State of Israel. 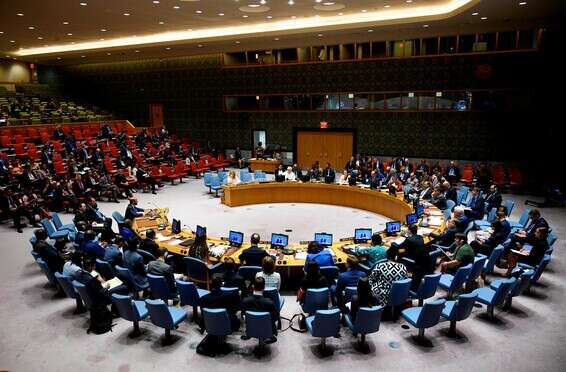 Unfortunately, the Security Council chose excuses instead of actions. As Iran executes anti-government protesters including wrestler Navid Afri, a sweeping majority of council members, alas, oppose the US move against Iran and in effect award a reward for its murderous behavior. There is no clearer proof than this of the disconnect between the theoretical UN Charter and its failed implementation in reality.

UN member states are required to “be tolerant and live together in peace with each other as good neighbors,” the UN Charter explicitly states. Despite this, when, after decades, peace agreements are signed between three countries that want peace – the UN and its institutions are silent! UN Secretary-General Antonio Guterres chose to focus his remarks on opening the 75th General Assembly in peace talks in Sudan, Afghanistan and elsewhere , Ignoring the normalization agreements that have changed the Middle East, the conflict areas in the world. Thus, the UN returned to slogans detached from reality and repeatedly mentioned the Israeli-Palestinian conflict, as part of the anti-Israel show that has been taking place there for years. 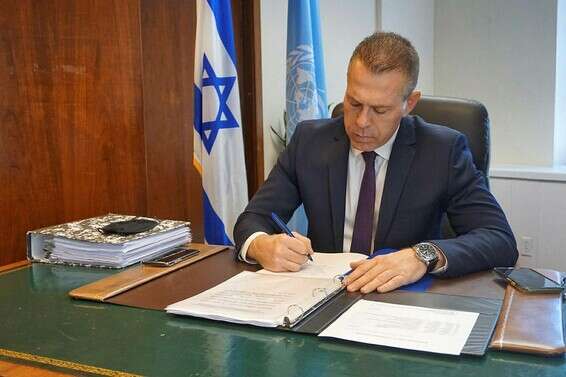 While budgeting for bodies that perpetuate the culture of lies, such as UNRWA, and while fleeing from preoccupation with issues critical to world peace – the UN risks losing its relevance and legitimacy. If the organization can not act in the face of the worst in the regimes and continues to cling to the Palestinian obsession, in 75 years there will no longer be a UN here to mark its birthday, because it will simply lose its right to exist.

The prestigious and inflated organization, which arose after the terrible Holocaust we experienced and after World War II that claimed an inconceivable blood price, must recalculate a route. The Prime Minister’s speech today at the UN General Assembly will proudly present the achievements of Israel and its central place in the world today, and the time has come for the UN to reflect this in its institutions. I will fight for it with all my might and I believe that if the UN wants to be a relevant body, it must express a fair and balanced attitude towards Israel.

*The article has been translated based on the content of Source link by https://www.israelhayom.co.il/article/804745
. If there is any problem regarding the content, copyright, please leave a report below the article. We will try to process as quickly as possible to protect the rights of the author. Thank you very much!

Canadian Prime Minister Trudeau has also had it: fooled by comedians Vovan and Lexus

Broekers-Knol is having a hard time: Parliament wants to see action in the refugee policy

Temporary Christmas bubbles and no curfew on public holidays: this is how our neighboring countries can celebrate Christmas and New Year

This is the real reason why your cat sleeps all day

German Chancellor Angela Merkel wants to shut down all sk …

Second corona wave weakens much slower than the first: ‘It will...

Corona condition: a further decrease in the number of active patients...

La Tropicale Amissa Bongo postponed due to the corona virus

MS Ashdod has returned to training in part, the principal and...

Hart van Nederland can also be seen in the morning from...