Celtic victory, the fans mock the biancocelesti celebrating upside down

The Europa League clash between the Scottish team and Lazio ended with a new victory for Celtic Glasgow. The biancocelesti, in fact, have been beaten at home, at the Olimpico in Rome, for 2 to 1, achieving the second defeat within two weeks that brings them almost out of European competition. A clash, the one between the two teams, which has definitely come out of the sport boundaries to take on the characteristics of a political clash, given that the two supporters have an opposite "creed" in this respect.

A clash that last week had led Celtic supporters to display a banner that read "Follow your leader" – literally, "follow your leader" – and an image of Benito Mussolini upside down after Lazio fans had walked in the pre-match of the match on October 24 through the streets of Glasgow doing the Roman salute. This time, after some Celtic fans were attacked with a knife by the biancocelesti in a pub in the center of Rome on the evening of Wednesday 6 November and after the umpteenth contrasts in Thursday 7's pre-match, supporters in the Scottish team thought of a new way to mock those of Lazio.

The mockery this time, after the last-minute goal by former Genoa player Ntcham in the home team, was made on social media, where the Scots posted an ironic photo that portrays a small group holding their own mate down, with a clear reference to the Duce in Piazzale Loreto and to what was written and shown in the banner exhibited by the curve of Celtic Park.

Celtic-Lazio: the video of the biancocelesti supporters who make the Roman salute 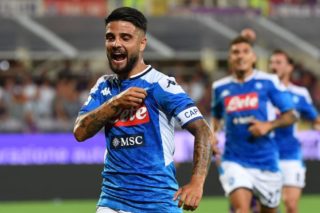 Napoli Genoa live streaming and live TV: where to see the Serie A match 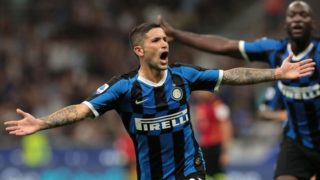 Inter Verona live streaming and live TV: where to see the Serie A match 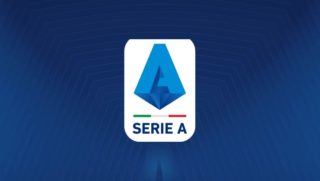 Brescia Torino live streaming and live tv: where to see it | A league

Born in Rome on November 14th 1989. Journalist since 2014. She worked as a press office, editor and correspondent for online publications. He deals with SEO, news production and interviews.

Ferrari: “Sarri when he arrived in Naples said one thing, they took him badly! He was right”

I have it with … Maldini and Boban, who venture with Paqueta, Piatek and Suso: so they risk depreciating | First page

LIVE MN – Towards Brescia-Milan: Musacchio and Calhanoglu return owners, Rebic on the bench

Attack Inter, in France launch a new name for January

Genoa, Nicola: “In Florence we have to shout our identity”

Serie B, the collection of Chievo-Entella will be donated to the...

Direct Borussia MOnchengladbach-Roma at 9 pm: where to see it on...